Feeling woozy? You may have ‘cybersickness’

Are you dizzy or feel like throwing up after sitting for a few hours at the computer? It might have nothing to do with lesser sleep or what you might have eaten. The malady is actually ‘digital motion sickness’. It is the kind of feeling akin to what happens in motion sickness — when you travel by car, boat or plane. Though in motion sickness you actually feel the movement, here you are seated at a desk in front of a screen and watching movement that you can’t feel, but the outcome is the same. This gets augmented with those who have virtual reality headsets. 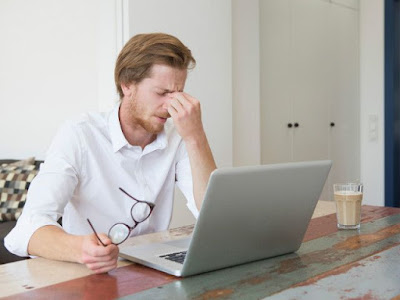 What it’s about
Taking root in ‘simulation sickness’, cybersickness happens when the brain is tricked into believing we are moving while we actually remain still. It’s created by a mismatch between sensory inputs. Reports quote Cyriel Diels, a cognitive psychologist and human factors researcher at Coventry University’s Centre for Mobility and Transport in England as saying, “It’s a natural response to an unnatural environment. It’s a fundamental problem that’s been kind of swept under the carpet in the tech industry.” A theory talks about about the difference between the ocular input and vestibular input, which brings about the body’s response of nausea.

SYMPTOMS
Headache
Nausea
Inflammation of the eyes
Inability to focus
Sweating
Dizziness
Vertigo got a migraine? Watch out! Those suffering from migraines and insomnia are more likely to suffer from cybersickness.

STEPS THAT CURE
Take a break: Don’t sit for hours on end watching games or movies. Take a break and stroll around.
Shift focus: While watching the screen for anything, even while working, every now and then look elsewhere.
Eat something: To quell the dizziness and nausea, suck on a sweet or chew gum.

OTHER DIGITAL MALADIES
Smartphone ageing your face: Don’t spend too long gabbing on the phone or frowning at the computer as it may cause your face to look older, warn cosmetologists. Not only can you develop permanent frown lines and wrinkles, but looking downwards also causes the neck muscles to sag.

Texting thumb: Texting may be the new chemistry, but sending those messages constantly can cause joint injury. While texting this way, people put too much stress on the thumb, which affects the thumb and the tendons attached to it. This can cause painful swelling.

Approval anxiety: Psychologists have been sounding the warning about how social media validation can lead to loneliness and depression. The need to be ‘liked’ online is making more people value their self-worth in a detrimental fashion, which can be de-stabilising.

Headphone deafness: Excessive loud use of headphones may put you at risk of deafness. The age bracket of younger people who use portable music gadgets, is alarmingly falling, with those at even at 20 being unable to hear everyday speech due to this.

The computer hunch: Do you spend long in front of the computer without keeping the posture right?

Be careful or you may turn into a hunchback. Called the ‘computer hunch’ this is quite serious as it can lead to such severe pain that you may not be able to turn your head or move your arms easily.Source:- [TOI]